Yesterday we had our third skirm at the shelter, a unique location in East-Flanders.

This location consists of an industrial slaughterhouse that was built on recreational land and not industrial land. This caused them to lose their license and go bankrupt. They never acquired enough money to move their company. Good thing for us, it’s recreational ground so we can temporarily use this location for airsoft!

Note that, with our current information, it has been confirmed that this year will be the last year that it will be possible to play at the shelter. Next year they will flatten the building and build something new. 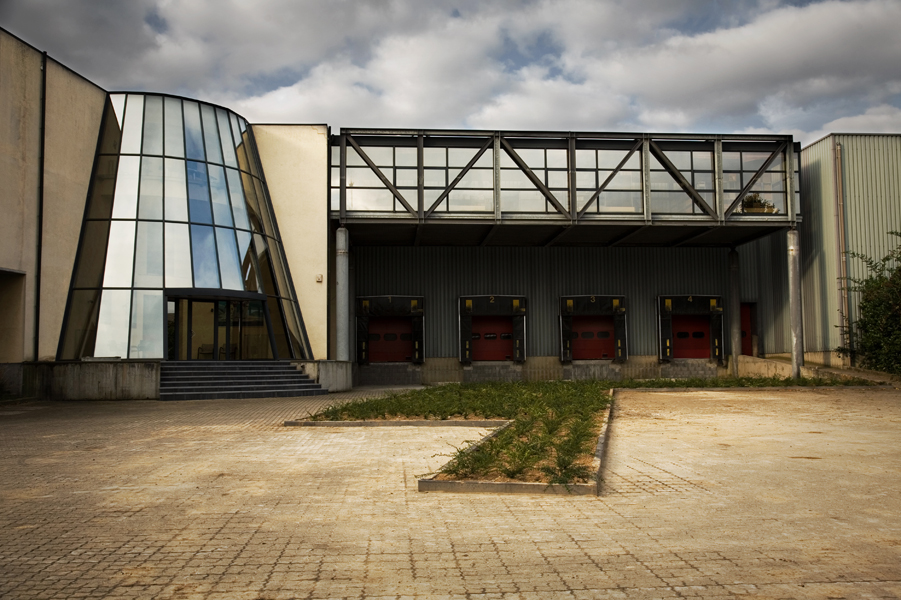 Looking at the map, we play at the bottom level only. The map is divided into different zones. There are 2 starting points and a number of rooms. Most of the rooms are very dark so this would be an ideal location to train with NVG’s on. 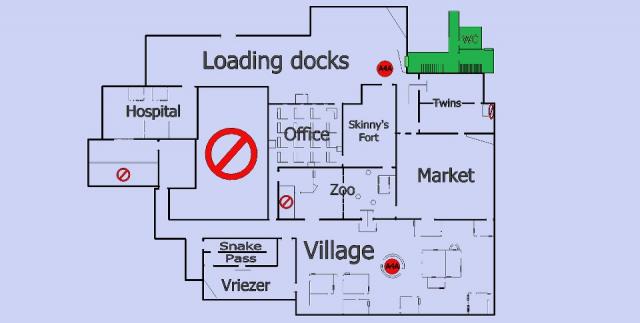 Yesterday’s game was an open game organised by the operation that run’s the shelter. It was not a FP invite only game. As such, we had 8 members showing up. In total there where 23 players, so we made up the bulk of one side (camo). The other team consisted of mostly players that came regularly to the shelter or new players. One of the guys from our team (FP39) joined the other side. Mainly due to his urban camo but it was good for the other side to get some additional support.

The game started with some good old deathmatch. Both teams spawned on opposite sides. Goal was just to take as much ground as possible and to push the other team back. I think the organisers wanted to to check the skills on both teams to decide on the later game modes. Once the bell sounded, all hell broke loose and we rushed forward to the enemy team. Our team started  on the loading docks side. We made our way around back through hospital and into the freezer. After a good 15 minutes where where already in the Village zone with eyes on the enemies respawn. We decided to head back to spawn and push towards the other side. We rushed through market and a bit later we where standing in the enemy spawn at the opposite side of the map. Good start for our team! The horn sounded and the first round of the day was over. Second round was another round of team deathmatch that we also took easily. Forest Phantoms for the win. Not that we expected much else, we are a trained team and the other side consisted of mostly new players an a bunch of “locals”. (And FP39. ;-) )

The second game mode was more fun. We had to collect coins from our own individual spawns and drop them of at the other side of the map. The enemy team had to do the same thing. This created more of a dynamic as it was not possible to stay put and, as such, harder to defend. We each collected one coin and rushed towards the other side of the map. Initially taking in positions to cut off the enemy supply, then going to drop of our own coins. A lot of skirmishing and back and forth battles where taking place around the “office” and “village”. Good fun! Excellent to train CQB skills and teamwork. On many occasions you could see our team working closely together to sweep rooms and pin down enemy’s from different angle’s. Just look at the gopro image below.

After a good hour, the horn sounded and we had to count the coins. A clear win for FP as we had about double the coins of the enemy team. Funnily enough, some of our members forgot to drop off their coins and had accumulated 8 -10 coins each. Maybe listen to the rules at the beginning of the game next time..  ;-)

Second to last game was a round of defend. 7 pulsing lights where scattered allover the map. Goals was for the enemy team to turn off the lights. We initially decided on a gameplay of defending a room in groups of 2 FP’s. Thatway we could cover most of the map from a 2 angle view. This worked rather well as 2 of the 3 rooms we where defending where not breached at all in a timespawn of 30 minutes. Another clear win for FP.

Last game the organizer decided to mix the teams up. 4-man groups where made and had to spawn on one of the 4 corners of the map. From this point we had to hold out with our team as long as possible. The fun part was that, when you died, you had to go back to the spawn room and spawn in a new team of 4, creating a mix of different players every time. Good fun!

This concluded a great airsoft day. I have to say that I am happy with the way our team is evolving. We are clearly working together well in a CQB environment. No one is sitting ducked down behind cover without moving. We are pushing hard on the enemy ranks. Good stuff!

Now let’s work on having more FP members on the field.