Today we had a special day, our boy Dany’s birtday. Congrats buddy.

During holiday season, we are typically running smaller teams than usual. But even though a lot of rain was forecasted, 7 FP’s showed up.

The first half of the day started with an assignment to control several base points on the map. We started on the far end as team blue. Our first tactic was to rush to the “vila” point on the map and take this as a strategic stronghold. Once the signal was given, the rush was on. We quickly managed to clear all hostiles and take the building for ourselves. After this point a lot of back & forth pushing went on in and around the Vila. Sever times we had to go down into the cellar levels to clear hostiles. After a while the marshals called the game and blue won.

During the second half, the goals was to get the “terminator” with a bomb to several base points on the field. We started out on the opposite side of the map, quickly rushing the chamber’s main building and pushing for the upper floor and roof structure. After about 5 minutes, we managed to control the roof and with that, most of the map. Focus shifted from defending the roof to getting the bombs to the right location. FP03 organised the push and managed to blow up the first few locations. Next up we tried to push the base at Vila, but this time the field was full of team red. Rushing around we managed to clear some of the resistance and flank the field. Ultimately gaining enough time to blow up the objective. After this, with 4/5 objectives destroyed, most members of team red called it a day and went home.

All in all, another great performance by our team. The whole day it was raining cats & dogs and we where soaked to the core, but it didn’t matter. FP pushed on.

Thanks for your efforts guys! Goon win. 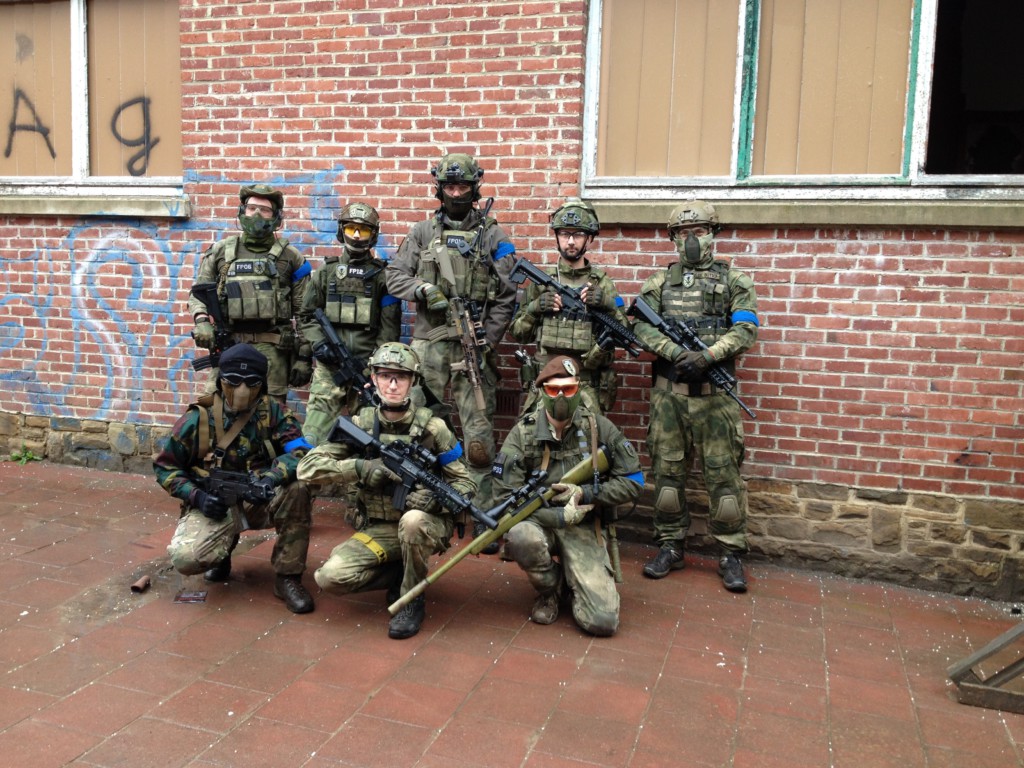