Hey Guys, below our debriefing of the Chambers today.

Let’s start with the team. I was happy to see that 12 members showed up in the middle of the holiday season especially with the announcement that there would be rain today. I have said this a lot recently, but again this day goes straight into my top 3 of best airsoft days!

The first half of the game started off with 3 objectives. Our side (Orange) was takes with the below:

The team split up into 3 components. As soon as the signal was given, we rushed for the top of the roof. We encountered some resistance on the lower floor, but quickly took control en captured roof. FP04 and a small section meanwhile took control of the sniper tower area, where the second flag was location. At the same time the team of FP05 was trying to locate the dutch flag. Quite quickly we took control of the entire field and where able to capture and maintain most objectives. At the end of the first round we lost roof again to a rush of 15 enemy players, but as they forgot to lower the orange flag and we received another point.

Second half of the day we received the objectives below:

Sniper tower was again, quickly captured. However we met a lot of resistance in capturing roof. First we took fire from 3 sides while trying to move through the lower cellar. We where able to block the stairs preventing team blue from moving up. After a few minutes, the rest of team orange was able to make their way through the top floor and win the roof. After half an hour however, blue rushed roof again with a full blown squad of 20 guys. It took some effort but in the end we won it back. Shortly after, FP members moved in from 2  sides around the central building cluster and we managed to complete capture and hold all buildings. All lights where switched on. Blue was completely tied of from all sides. While moving around the field, all stick of dynamite where recovered and placed on the sniper tower. We call in the marshals and they verified our win. We received another objective to dig in our packages of C4 and prevent team blue of capturing them. At this point, myself, FP02 and FP14 took the central bush in front of sniper tower and had enemy after enemy trying to push through. We took out a combined 15 – 20 enemy players and after half an hour they just stopped trying to push through. Another win for team Forest Phantoms. Score 8 – 2.

Last game of the day was a basic game of capture the flag. 6 flags where spear throughout the field. If the 2 former games where any indication, we capture all 6 flags and got them back to our base cap, thus winning the game. 11 – 2 and the day had ended.

I want to thank all of you for your persistence and effort. It was about 30 degrees and we had full sun most of the day. But everyone was motivated to push all day long. I saw a lot of teamwork and excellent communication on all sides. Everyone did their part. Reinforcements where called in before locations where rushed by the enemy forces. Some member sacrificed fun for remaining on valuable positions. (Thanks FP04 for keeping sniper tower!)

So there you have it. Great day, great team, excellent practice.

Hope to see you all again soon! 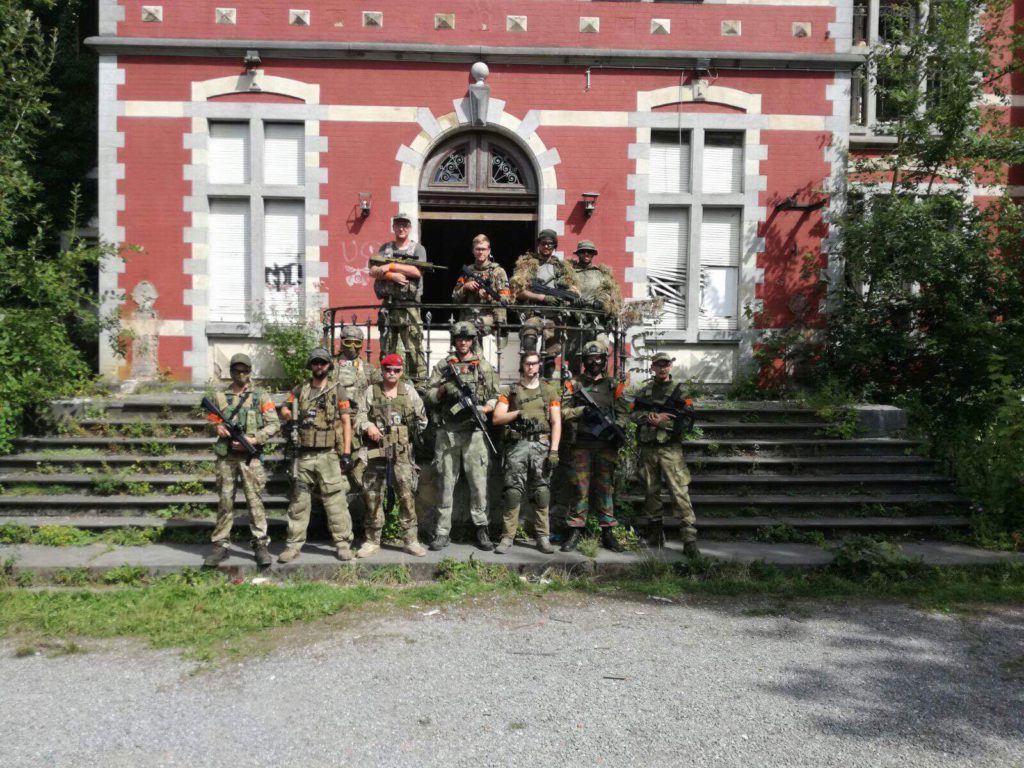