Fellow Phantoms, below the short debrief of our game last Sunday.

It was going to be the coldest airsoft day of the year at -5 degrees. Still we show up with 11 people! Good showup.

The game started out with FP joining the orange squad. Both teams where equally large and the level of equipment looked about equal. Our first mission was to collect all red flags & cones. They where scattered over the field in different buildings, rooms and obstacles. The game started and our team rushed out a bit slow as we had to go uphill. Team blue rushed the fire stairs which gave them a good advantage at the start. The team got pinned down and scattered in the first 30 minutes. After we regrouped an offensive was formed to take the lower building complex. We got access to the room under the roof. Most of the buildings where cleared and there was a skirmish in the cellars. After about 1 hour we managed to capture all but one flag. Team blue was missing out on 2 flags and we ended up winning the round.

After the break, we had to collect 3 flags and 3 rockets scattered throughout the buildings. As we came from uphill, we stormed out and managed to capture roof and all buildings connected to roof. Holding this position gave us strategic advantage. This momentum was used to capture all objectives. Once this objective was done, we had to capture 2 terrorist running about the field randomly. We got our hands on one but the other managed to escape. He kept running back into the base of the other team and refused to come out. This was apparently a mistake as the marshals of the field got into a bit of a fight. At some point they decided we had to set off the bomb under the tower. Once this was done, there was another fight between marshals without much explanation and the game was called for the day. Blue did not manage to make their objective in the afternoon so we won 2 out of 2.

Great day, good fun! Forward to the next one! 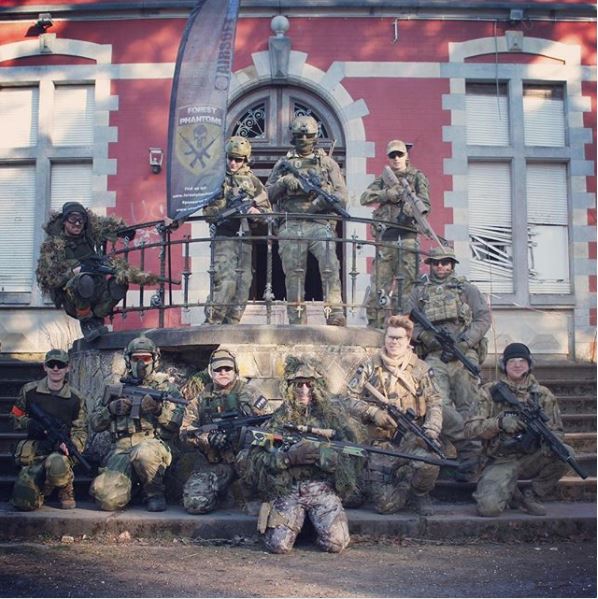