So today we went to a game knowing it would be cold and dirty. Most people would choose to spend their Sunday at home where it is nice and cosy. But behold, 12 people show up!

The game started of with a game of capture the flag(s). 9 flags where placed at random positions in the game. We had to capture and hold as many as possible. The spawning points where closer together than they normally are. Likely because of the cold it was decided that people would not like to run as far as normal. The horn sounded and we rushed forward. The buildings got crowded with people from all teams and the field was very chaotic. People from bleu where in the upper rooms while oranje was in the basement. After about 30 minutes we already had possession of 4 flags. At this point it became crucial to keep the flags, but the flag carriers had an advantage in combat as well. After being show they could remain immobile and be back in game after 60 seconds. At some point myself an FP03 managed to break away, circle all the way round the base and we ended up all the way at their spawn. Without losing the flags. Pretty funny… In the end, our team held 5 flags and the other team held 4 flags.

In the afternoon we had to find bases and raise the team flags. After that was all set and done, we had to acquire a prisoner with a bomb, manage to get him into the basement under the roof, fire up the bomb and protect it for another 30 minutes. Once the game started, we rushed the buildings in the center of the map. Very quickly, we where able to trap the enemy team from rushing in. This resulted in some skirmishes around the building but ultimately we kept it secured. After this another part of the team managed to find the bomb and prisoner. A first attempt to get him inside the building failed due to heavy resistance and fire from the cellar. Once we gathered all troops, we managed to launch an assault with a good 20 people, quickly taking over the entire flank and building. The team dug in and cleaned the remaining 2 blues in the cellar. (Which was tricky in pitch black and an area full of smokes.) The 10 last minutes passed with no notable resistance and the game was won.

2 out of 2 games won. Good points all round. Still waiting on the first game where we get our asses kicked but so far we are in fully in the positive.

I have to say I am very proud of far we have come as a team. Everyone is putting in his part. The new recruits performed great! Good communication and good teamplay.

Let’s keep it up! 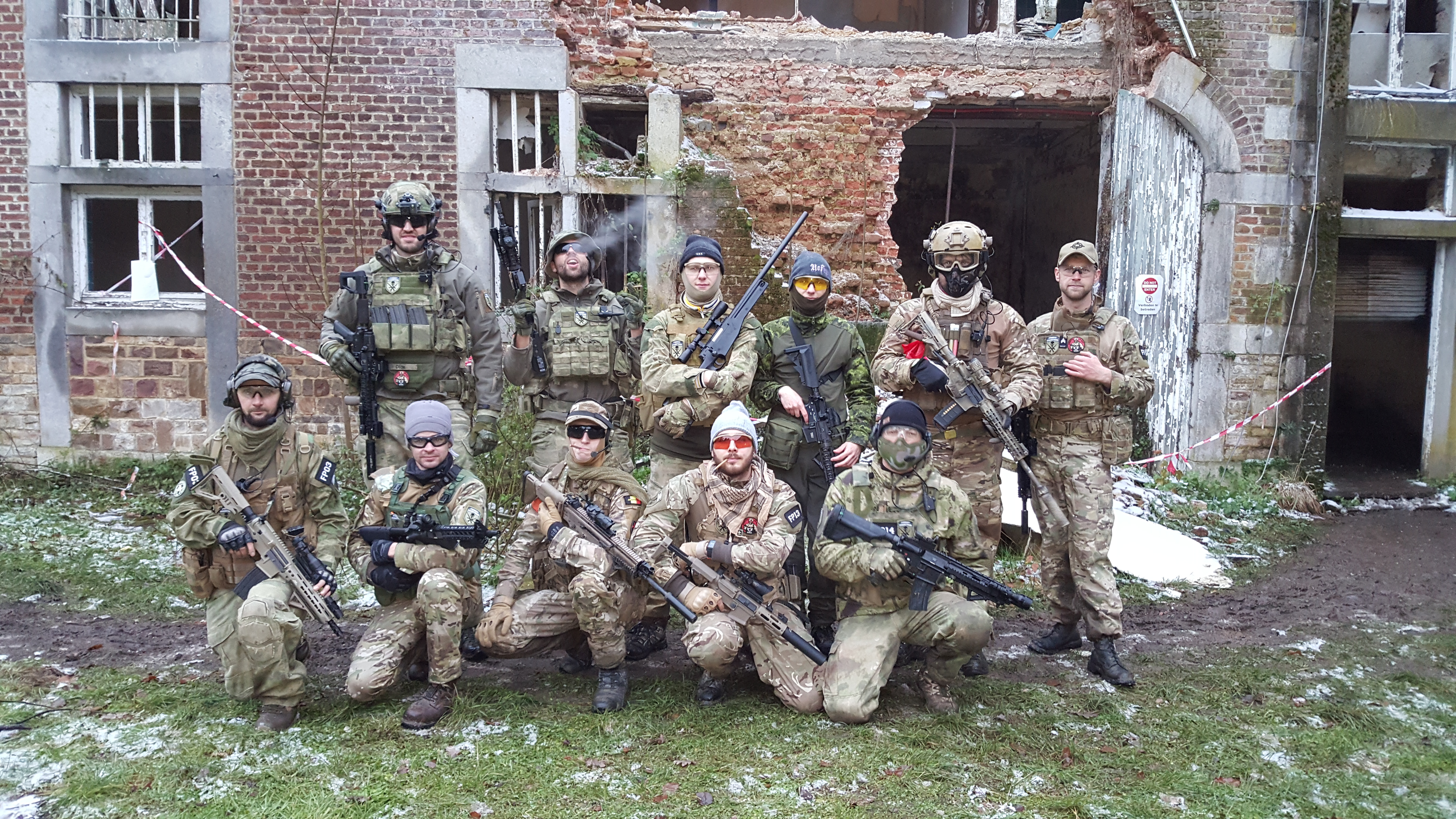