Today we decided to have a teamgame at The Canyon.

First off the weather forecast was pretty bad. A bit of raid and quite a lot of wind. Luckily the Canyon is located in an old mining pit which reduced the weather conditions.

The day started of by diving into 2 groups as usual. The organisation was quite chaotic and a bit too arrogant for my liking, however we had been at the Canyon before at it is a great map. There are many was to flank and circumvent enemy troops. To open the day, a small free for all dead-match game was played. We pushed around the terrain and halfway up the map to the right side but quickly became stuck allover as everyone dug in.

First mission we had 4 locations with cones. Our team had to put all cones to yellow. The other team had red. Soon as the game started we rushed up the mountain to the right side. This gave us an excellent height advantage over the other team. We cut off the entire right side and started to mount an offence to the bunker area. One of the cones was located down. After about half an hour of cleaning the area and taking out enemies left and right, we got down the hill and flipped the cone. 30 minutes later towards the end all hell broke loose and skirmishes broke out all over the field. In the end both team had 2 cones on their colour and it was a tie. 1/1

Second part of the day we had to locate a cone on the field and bring it back on a strecher. The strecher had to be carried by at least 4 people. We found the cone and it was brought back to base. The enemy team tried to move the strecher of the mountain area, but they where intercepted and got pinned down. In the end we where the only team that got the cone back to base so we won. 2/1

Great day, great map, pretty mediocre organisation. Glad to see everyone putting in good effort and great to see that a lot of team members invested in new gear and kit. 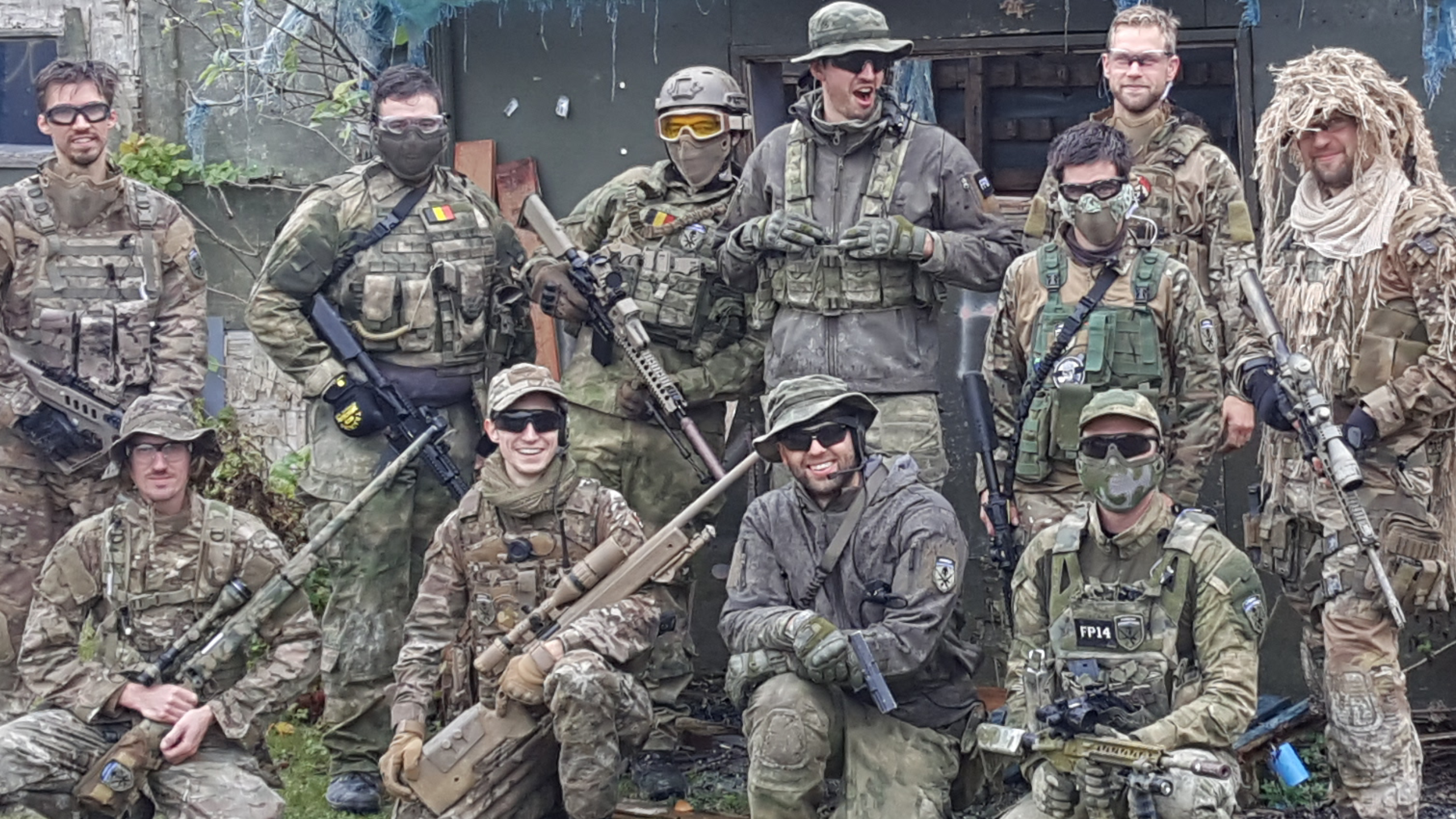