Dear Members, 23rd of April will go in the FP history books. Jlox & me (Dommy) went to the Dark Forest. Upon arrival it became apparent that we had booked into the wrong event. Luckily for us, the organisation was very cooperative and helped us in getting the right documents for the NABV.

Games at the Dark forest start at a large farmhouse where you prepare your gear. Afterwards you are transported to the actual playfield with a tractor and cart. At the camp where multiple tents and benches where we could drop the remaining gear and material. After setting up our guns and equipment, Jlox adviced me to test heavier BB’s. Halleluja, what a difference. The range and accuracy of my M4A1 (Nickname: Rudy) improved greatly. Jlox played mostly as a sniper.

Together, the 2 of us each picked a point for defense. The enemy team got pushed back to their base. Players from the opposite team came up to say they approved of our strategy and tactics. So we knew we where doing well. Some major ass-kicking went on throughout the rest of the day. In the afternoon, poor Rudy broke down. Rip. Jlox used his ghillie to great effect and it fit extremely well in the environment of the Dark Forest.  (See pictures)

Overall we had a great day, the terrain received some upgrades over the last year and is now sporting all kinds of trenches and obstacles. We definitly need to come back to this location with the whole team. 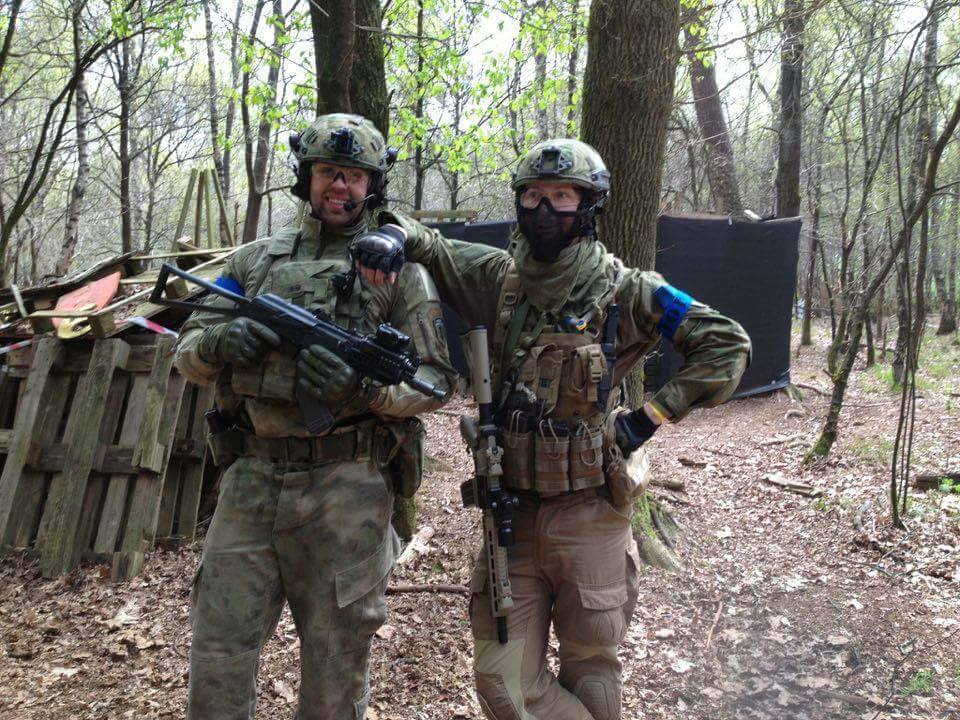