It’s sad to say an era is slowly coming to it’s end… Our awesome airsoft field in Schoten, Antwerpen will soon disappear. Of-course it should go out with a bang and we should be present for both of the last games.

First game took place on the 23rd of October. Overall it was a great game, the day was cold and wet and a low mist hung over the field. The event was single shot, and it came down to a bunch of hide-and-seek encounters. Objectives where to get the flag, but after a standstill of an hour the game ended undecided. Overall team blue performed great while a majority of team red was sticking together and camping one area of the field. Not us of-course and we decided to try and circumvent the midfield by passing through the trenches. Trench combat was chaotic and fast-paced, and more than once a team member shot one of his own team. It gives you a good idea of how accidents happen in real life combat. It was a great day which ended too soon.

Pictures are live under “Media”. Looking forward to seeing you all on the last game in December! 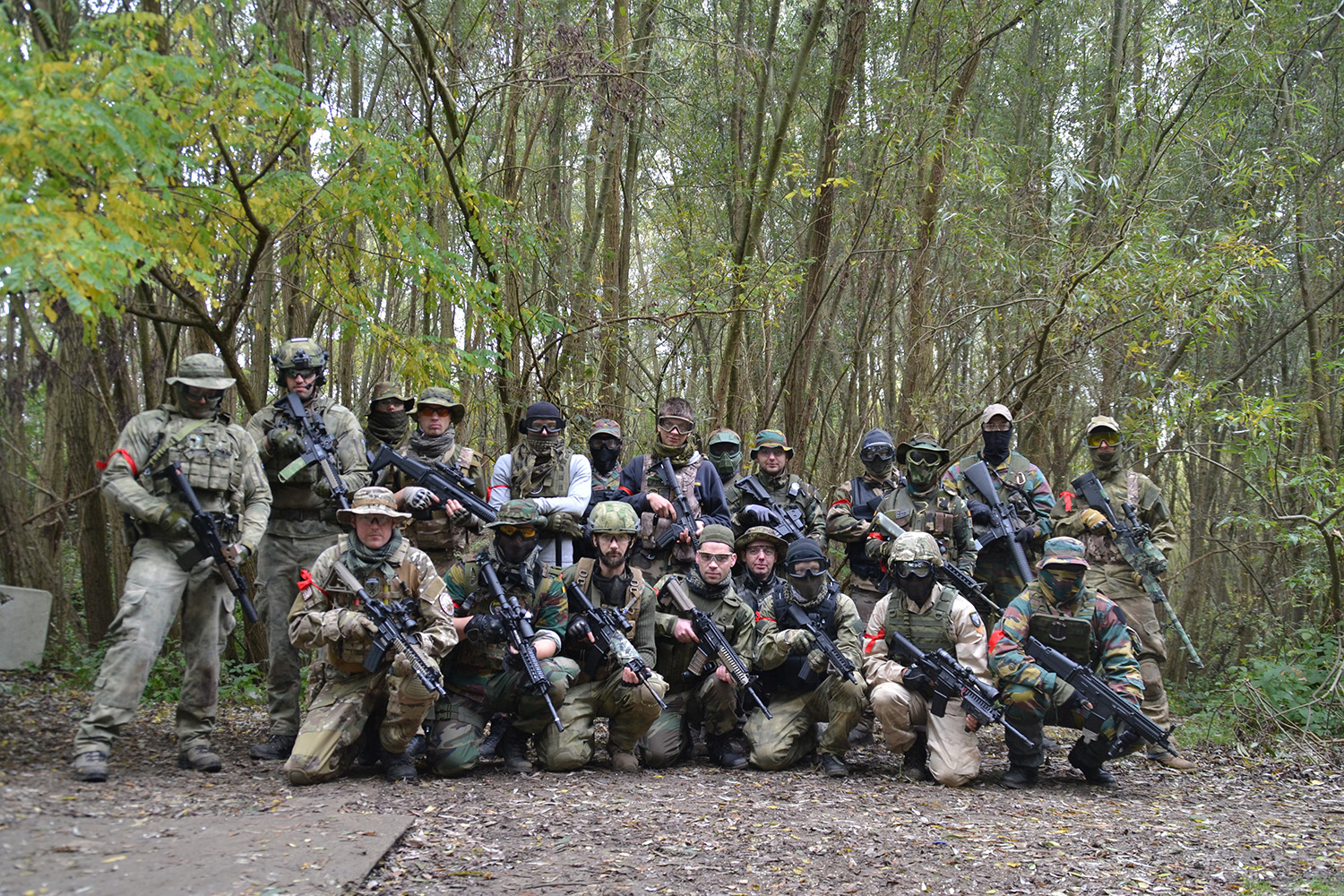 *UPDATE*
As you all know by now, the field was closed faster than we had anticipated and it turned out that this was our actual last game. RIP Schoten, you will be missed!

This website uses cookies to improve your experience while you navigate through the website. Out of these, the cookies that are categorized as necessary are stored on your browser as they are essential for the working of basic functionalities of the website. We also use third-party cookies that help us analyze and understand how you use this website. These cookies will be stored in your browser only with your consent. You also have the option to opt-out of these cookies. But opting out of some of these cookies may affect your browsing experience.
Necessary Always Enabled
Necessary cookies are absolutely essential for the website to function properly. These cookies ensure basic functionalities and security features of the website, anonymously.
Functional
Functional cookies help to perform certain functionalities like sharing the content of the website on social media platforms, collect feedbacks, and other third-party features.
Performance
Performance cookies are used to understand and analyze the key performance indexes of the website which helps in delivering a better user experience for the visitors.
Analytics
Analytical cookies are used to understand how visitors interact with the website. These cookies help provide information on metrics the number of visitors, bounce rate, traffic source, etc.
Advertisement
Advertisement cookies are used to provide visitors with relevant ads and marketing campaigns. These cookies track visitors across websites and collect information to provide customized ads.
Others
Other uncategorized cookies are those that are being analyzed and have not been classified into a category as yet.
SAVE & ACCEPT
Skip to toolbar